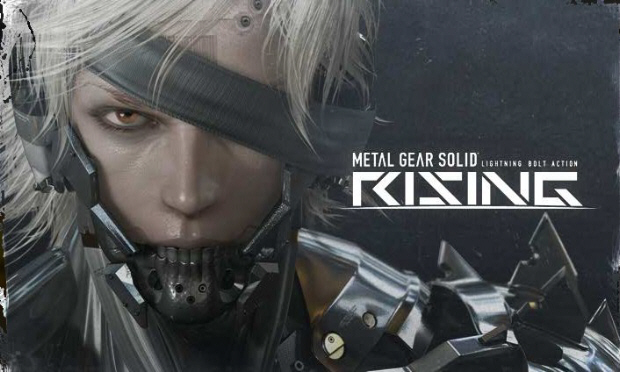 UPDATE: Included the full Spike VGA trailer that had been edited for time, now with Japanese-language subtitles.

At E3 2009, Hideo Kojima stepped on stage at the Microsoft press conference to announce the latest installment in his legendary Metal Gear Solid series.

As the trailer implies, the core concept for Metal Gear Solid: Rising was to integrate quick, character-driven action gameplay with the ability to cut anything in the world. The change in gameplay makes sense with its story. Starring Raiden, it was going to take place between Metal Gear Solid 2: Son’s of Liberty and Metal Gear Solid 4: Gun’s of the Patriots and tell how he saved Sunny from captivity. Since MGS4 had already portrayed Raiden as a lethal, capable killer, this definitive jump away from stealth remains relatively plausible in what is normally a self-serious franchise.

Then the game went silent, only mentioned in passing two years later in the Kojima Productions segment of Konami’s pre-E3 2011 press conference. Many assumed the game was cancelled.

There’s a lot about this reveal that’s worth thinking about, but all those directly come from the words ‘Platinum Games’. Kojima Productions had teamed up with one of Japan’s most radical, experimental developers who immediately scrapped much of the original content, starting by stratifying mechanics, building a custom engine and invalidating the story that had been written by placing it after the events of MGS4.  This is crucial in understanding the tonal shift for the series that trailer exhibited. Even before starting Platinum Games and amassing a catalog of cult titles known for their ferocity and over the top sensibilities, these former Capcom veterans had worked on franchises including Resident Evil and Viewtiful Joe.

It’s fascinating to get the sort of behind the scenes feature that would usually be relegated to a track on a special editions bonus disc this early in a titles development cycle.  And yet, it seems almost necessary because even with the justification built into Raiden’s history, trying to sell an action game to a frothing fan-base of a series that is so famous for its methodical, tense gameplay and self-serious yet absurd narrative stylings is risky.

But ultimately, if this game is going to succeed, it has to be built at Platinum Games.  Their works have shown an electricity and eagerness to push boundaries and the gameplay shown in the Revengeance trailer appears more honest to the concept at the core of Kojima Production’s game than what that company had demonstrated on their own.

But what is most surprising is the notable absence of what would arguably be Platinum’s Games most important addition to the title- Hideki Kamiya.  Days after the reveal of the KojiPro/Platinum Games collaboration, Kamiya went to his twitter account to address several of his fan’s questions.

The creator of Devil May Cry, Okami, Viewtiful Joe and Bayonetta, Kamiya’s games have been replete with deep combo systems and memorable characters that created the type of game Revengeance strives to be.  But it would be insulting to assume that meant that Platinum couldn’t do great work without him, especially considering he isn’t the only talent on staff but remains a missed opportunity.

The game is still a ways off with a vague 2013 target window.  Since the title is trying things that are not only new for the Metal Gear franchise, but for Kojima Production’s and Platinum Games, it has a lot to prove.  But if it can somehow maintain a balance between the narrative complexities of one and the dynamic combat of the other, Metal Gear Rising: Revengeance could be glorious.