A game can take many forms. The history of videogames is packed with examples of games that started as simple versions of real life activities only for their designs to evolve into lifelike simulations of the original, but just as important is how different genres can be combined in infinite ways to make new styles. This is especially true of Pong’s iconic gameplay, turning the bouncing ball structure into the wildly different Windjammers and Lethal League while still retaining its spirit.

END_OF_DOCUMENT_TOKEN_TO_BE_REPLACED 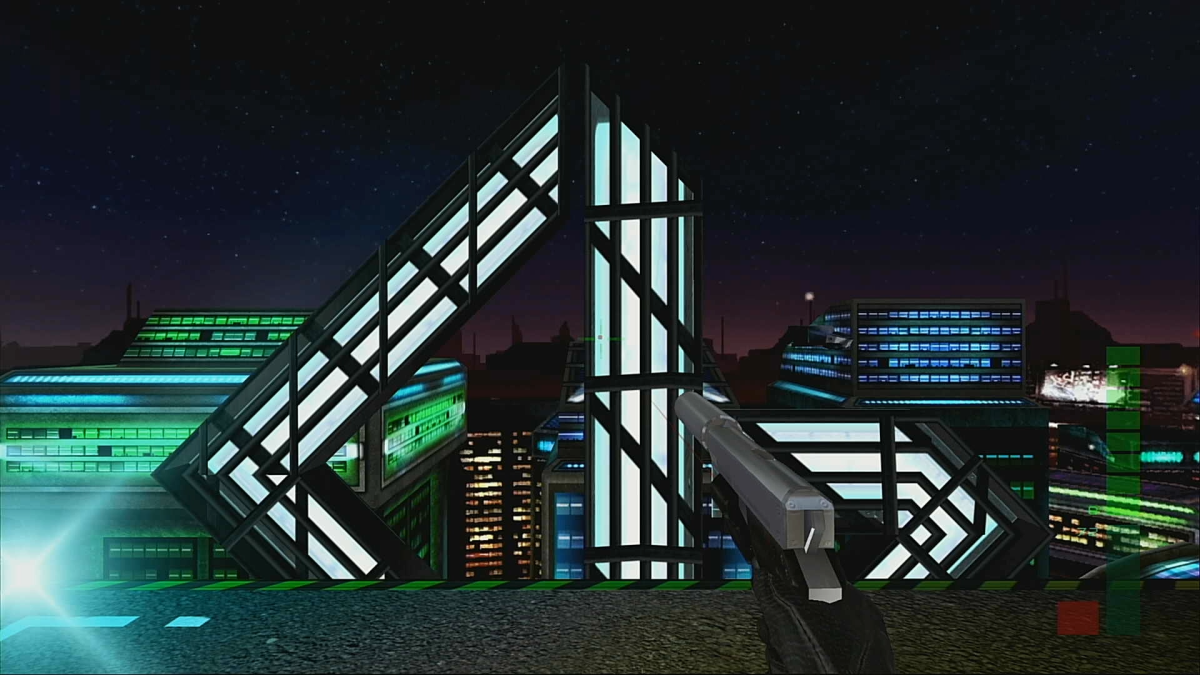 Early first person shooters created virtual proving grounds for an emerging digital warrior class to test their combat skills, but as games became more intricate, new player archetypes branched out. By the end of the Nintendo 64’s life, Rare had learned to construct complex environments built with infrastructure stalked by reactive guards, while providing players with a large toolset to deal with them. The product turned them into versatile special agents rather than warriors, culminating in 2000’s brilliant Perfect Dark.

Perfect Dark’s intricacies are apparent as early as the first level. Your mission to smuggle the defecting Dr. Carroll from dataDyne is easy on the lowest difficulty, only asking you to reach the bottom of its tower, but adds more objectives that explain the whistleblower’s actions from there. The opening helipad leads down to the executive floors and this large office with two women. If you quickly knock out the tall blonde calling for security you’ll get Cassandra De Vries necklace, smartly introducing dataDyne’s CEO.